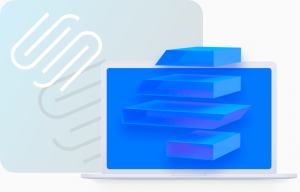 We all know that top tech innovators turn their gazes to the one and only Silicon Valley. But the location of global tech giants is no longer as hegemonic as it used to be. Other prominent tech hubs are popping up all over the world, and many of them are located in Scandinavia, supported by their governments and forward-thinking societies.

With hot spots like Stockholm, Scandinavia ranks close to well-known tech cities like London, Paris, and Berlin. According to data from CBI Insights, innovators in Scandinavian countries created a total of 8 unicorns during the last few years – counting services used by consumers around the world like Spotify and Klarna.

How come Sweden, Norway, Finland and Denmark have become such great countries for innovation? What makes these places so good for technological advancement? Keep reading to see why the cinnamon buns are anything but the only thing to love in Scandinavia.

Let’s start with a short history of tech in Scandinavia

Did you know that Scandinavian talents created many critical Web 2.0 technologies such as MySQL, Linux, PHP, C++ and Ruby on Rails? Local talents like Linus Torvalds or David Heinemeier Hansson are household names among software developers all over the globe.

In 2018, Scandinavian tech companies got a massive infrastructure upgrade thanks to the new AWS Region in Stockholm. The easy access to low-latency data storage and cloud-based services plays a critical role in enabling businesses to store sensitive data inside the country and run applications close to home. This will allow deep tech businesses to grow faster during the next few years.

What about the Scandinavian economy?

Every country today needs to prepare for modern technologies and according to a report from the United Nations, Scandinavian countries are at the top when it comes to their national capabilities to use and adapt these technologies.

The economic landscape only aids in this adoption. Take a look at Sweden as an example. Between 1993 and 2010, the Swedish economy grew at an annual rate of 2.5%. This means it outperformed not only the EU-15 but also the United States! Sweden’s GDP growth per capita was 2% over the same period – and it also surpassed the EU-15 and the US.

This helped Sweden advance from 14th to 11th place in OECD’s ranking of countries by wealth. Today, Sweden’s GDP per capita is 15% higher than the average of great economic performance: low public debt, a balanced budget, and a current account surplus.

The high GDP per capita means that the average person in Scandinavian countries has more money to spend on tech products and services than in other regions of the world.

That’s why this shouldn’t come as a surprise:

According to The Digital Economy and Society Index (DESI), Finland, Sweden, and Denmark have the most advanced digital economies in the EU.

Before we move to VCs and angel investors, let’s take a look at how the national governments across Scandinavia are helping to boost the local tech ecosystems. They generally adopt various  innovation policies to support the growth of tech companies, whether by offering R&D tax credits or providing grants.

For example, the Danish Government has a Digital Growth Strategy policy that will allocate €134 million to innovation projects until 2025. In Finland, the Helsinki and Uusimaa Hospital District (HUS) created an initiative that connects local hospitals in Southern Finland with the university to develop joint research projects and increase the adoption of health tech.

The Nordics are a rapidly growing investment market. Since 2014, firms and angel investors have poured €2.7 billion into local startups. What’s interesting is that these companies often catch the eye of foreign investors – of the €2.7 billion, €1 billion comes from non-Nordic VCs.

The combined value of Nordic unicorns amounts to a smashing €60 billion. Consider this: more than half of the total funding raised by fintech unicorns in Europe can be attributed to Klarna, Trustly, Revolut, and iZettle – which all come from the Nordics.

A deeper dive into the Scandinavian startup ecosystem

During the past few years, Scandinavian startups made a name for themselves as outstanding performers and innovators. Places like Stockholm or Helsinki have always been listed among the top startup hubs in Europe thanks to their highly-educated inhabitants, excellent digital infrastructure, and helpful governance.

The one place that stands out on the startup map is Stockholm, known as the Unicorn Factory of Europe thanks to giving rise to more unicorns than any other country per capita.

Just to give you a glimpse, here are a few success stories from the Scandinavian startup playground.

Online sales were big even before the pandemic, but once lockdowns hit Europe, the trend exploded with e-commerce businesses as its primary beneficiaries. By offering consumers “buy now, pay later” credit, Klarna provides exactly what consumers need today.

In the US, the Swedish startup enjoyed a 311% rise in shopping volumes YoY and its merchant numbers increased by 90% until June 2021. Today, Klarna counts almost 10,000 merchants on its platform, including IKEA, Zara, and Yoox Net-a-Porter, and – having closed a $639 million SoftBank-backed funding round – is valued at $45.6 billion.

Another fintech startup (but hailing from Norway), Vipps was founded by DNB in 2015 and reached 1 million customers within its first 6 months of operation.

Soon after, it could boast about its 85% market penetration and a strategic partnership with Visa. This will help banking partners to benefit from the Vipps payment solution as contactless, and mobile payments become the new normal.

The online grocery market is expanding in Scandinavia like crazy – and the success of Oda proves that. Formerly known as Koloniel, the Norwegian startup rides on the wave of online shopping expansion but aims for more – from same-day or next-day delivery of food to meal kits and cooking accessories.

The startup raised €223 million in the most recent round, bringing the total value of the business to €750 million. And then, an anonymous investor bought 40% of the company, which brought Oda the unicorn status.

A Swedish startup based in Stockholm, Kry capitalizes on the value of remote health apps. The digital health platform connects users with healthcare professionals 24/7, offering access to doctors, nurses, and psychologists across Kry’s 21 healthcare centers.

The startup serves 1.3 million patients and raised €140 million during 2020 to push its expansion into Norway, the UK, France, and Germany.

Startups that are growing rapidly experience challenges on many fronts – but the trickiest one is developing their product at a rapid pace. To accomplish that without causing any disruptions to existing services, businesses often turn to outsourcing.

The high level of technical proficiency and geographic proximity make companies like 4soft ideal outsourcing partners. It’s much easier for teams to work in one time zone and dealing with an EU company streamlines the paperwork.

Team up with us if you’re looking for some additional expertise to help your company win on the market.

Chia Coin – a cryptocurrency of the future?

With the introduction of peer-to-peer (P2P) technology, Bitcoin opened the doors to decentralized finance (DeFi). But mining Bitcoin requires high-power computing resources that not everyone can afford. While Bitcoin remains a king among cryptocurrencies, it’s also facing an environmental backlash due to the energy-intensive technologies that underpin it.