Development of a blockchain protocol for a Decentralized Finance application

A significant feature of blockchains is their ability to store various digital assets safely. However, separating these particular networks creates a boundary for transferring and monetizing them.

This is where Paribus.io comes in. Paribus is a cross-chain borrowing and lending protocol for NFTs, liquidity positions, and synthetic assets. One of its goals is to achieve maximum interoperability. That way, DeFi holders and investors could focus on value exchange instead of tech limitations. The project runs on Cardano smart contracts that remove restrictions and allow value to flow freely.

The company’s mission is to remain chain agnostic and at the same time connect innumerable assets across multiple blockchains, allowing win-win transactions between borrowers and lenders.

Developing the architecture and actual software addressing all these expectations requires years of experience in blockchain and DeFi, paired with insider know-how on decentralized business models. The Paribus executive team decided to partner up with 4soft for both consulting and development services. 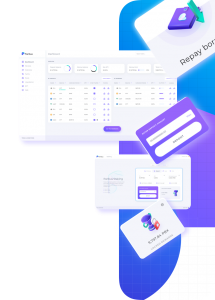 Our collaboration started with the consulting phase, where we evaluated our client’s business objectives and reviewed the list of planned features. The outcome was a budget estimate that let Paribus come up with the scope of its minimum viable product to be developed first.

Equipped with this information, we proceeded to design the platform’s architecture that would first serve the MVP but was also ready for the post-MVP extension, including Paribus’s PBX native token.

Simultaneously, our team built a staking app using the Proof of Stake (PoS) algorithm for validating transactions within a given blockchain network. A user can “block” (stake their tokens) and receive a reward in return. Developing the app included building the staking algorithm in line with the founders’ business assumptions and the frontend part of the application. The staking app was released in Dec 2021.

The application includes a sophisticated backend as well. For example, it includes a control panel that allows users to apply basic changes to the ecosystem parameters. At the moment, this can only be done by the admin – but in the future, governance will be open to the entire community. A special governance token (PBX) will allow users to vote. And the more tokens governance, the greater the weight of the vote.

Next, we moved on to create the MVP. It had to include the basic, crucial processes for any lending business: borrowing and repayment flows, interest models, and liquidation. Aside from these standard operations, Paribus introduces an entirely novel feature: price evaluation of non-fungible tokens (NFTs). This means that an algorithm will be able to price out a given NFT so that it can be used as collateral. We are now in the process of developing this feature. All of the products will be deeply integrated into the PBX native token.

Here’s an overview of the project to help you understand how our work contributes to Paribus:

The Paribus Protocol
Paribus offers DeFi holders and investors a single platform where they can borrow and lend against a wide variety of assets in a decentralized and permissionless way.
Paribus’ protocol was designed to evolve together with new crypto asset classes, capturing the value stored in the emerging ecosystem of interconnected blockchains. By capturing this value, the Paribus protocol aims to create even more opportunities for investors.

PBX is Paribus’ native governance token, allowing its owners to create and vote on the future of the network. The goal of PBX tokens is to coordinate incentives across the Paribus Revenue Protocol and harmonize the security of stakeholders, the protocol itself, and internal assets. PBX owners are entitled to receive a percentage of the fees earned through the protocol in proportion to their stakes. The more a user stakes, the higher their tier and the higher percentage they get to earn.

At the moment, Paribus offers native staking for the PBX token on their platform. In the long-term, Paribus aims to become a DAO (Decentralized Autonomous Organization) and hand over the control of the protocol to the PBX holders via governance.

Paribus is also one of the first projects to implement Cardano’s smart contracts. The platform is built with Solidity, TypeScript, Node.js, PostgreSQL, and Redis. Ultimately, it will be shared as an open-source project.

Thanks to our consulting services, Paribus gained a broader perspective when choosing the features to be part of the MVP version. This allowed our team to design the architecture in alignment with the key business requirements.

The staking app was launched in December 2021, and users are already collecting rewards for their participation. At the moment, we are testing the MVP demo and awaiting Cardano’s smart contracts launch. We will keep this page updated as the project progresses. 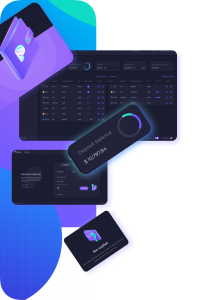 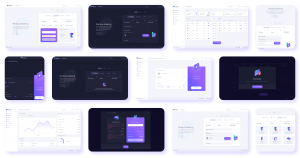 The ledger can be easily audited and shared with the authorized organizations.

Whenever you need to add another partner to your network, you can simply provide them with additional nodes.

Decentralized ledger lets you store the data in multiple places, and even if some of the nodes get hijacked or destroyed, the system still works.

Blockchain is almost self-sufficient. It can significantly lower your maintenance costs.

We are impressed with 4soft’s work pace and experience. They act quickly and contribute significant blockchain market context that comes from their past projects, combined with expertise from other software development areas. So happy to have come across them. 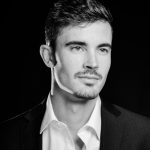 see all posts
4soft Use Cases: Blockchain in Finance

Mon/Sep/2010 see details
Blockchain and GDPR compliance &#8211; What Do You Need to Know Before Launching Your Blockchain Project

Relations between blockchain technology and GDPR regulations are intertwined and unobvious. As a hot new technology, it doubles the fear connected with the new regulations.Failing to comply with the GDPR can lead you to a fine of up to €20 million.