Colony is a brand new community-driven ecosystem accelerator that aims to build a properly incentivized foundation for the next generation of Web3 applications built on Avalanche – an open, programmable smart contracts platform for decentralized applications. To that end, Colony will implement a DAO structure over time to decentralize itself.

As the first project of its kind within the crypto space, Colony relies on the revolutionary approach of Ecosystem Farming, providing maximal benefits for both the startups and investors thanks to various services.

Colony’s potential has been recognized within the crypto scene. Prior to its launch in December 2021, the project collected $21 million in funding for further development. 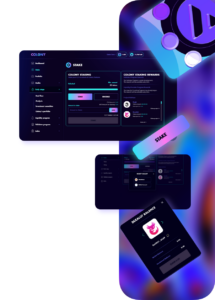 Colony is an innovator within an innovative space, which comes with several technological challenges. The accelerator plans to deploy capital within Avalanche for early-stage projects, provide liquidity to DeFi protocols, maintain an Index on top of Avalanche projects, and validate networks through stacking capabilities.

The value generated in these processes is routed back to the community in the form of a four-sided passive income. It will come from early-stage projects Airdrops, Liquidity Provider rewards, Validator Program rewards, and Index fees.

Let’s take a closer look at the particular mechanisms of Colony:

Staking – users stake 50 CLY tokens for 20 days and receive access to DAO (Decentralized Autonomous Organization), where they can participate in the “Early-stage” process for projects. This entitles them to participate in their subsequent IDO (Initial Dex Offering). They’re also eligible to receive prizes (tokens) included in Colony’s portfolio. These tokens are redistributed as Airdrops.

Early Stage – a set of contracts allowing for the secondary issue or pre-sale of external project tokens for authorized users (Stacking) of the CLY token. This is combined with the automated process of concluding a contract with their issuer. It consists of various phases as a project is added, goes through validation, is upvoted by the community, commented upon, assessed, and finally allows users to invest in it in a stable cryptocurrency (stablecoin). The investment comes with an anti-whale protection mechanism. The implementation also includes IPFS service, The Graph.

Airdrops – this is a program for distributing free tokens, which is included in Colony’s portfolio. Colony sends tokens to the community in line with the Vesting plan. Users are entitled to receive them based on the time and size of the tokens previously blocked by Colony. Currently, users can find around 11 projects in Colony’s portfolio, the tokens of which are rewarded by users in the DAO.

Vesting – this is a contract for the release of permanent or discrete tokens over time, usually containing a logic calculating how many tokens can be issued for a given wallet at a given time. It’s most often used when new tokes are issued to prevent a scenario where all tokens are liquidated at the same time in the exchange. Users can benefit from it also in combination with Airdrops or other functionalities in Colony.

Converting all these functionalities into an actual application requires top blockchain expertise but also calls for proficiency within other areas of development. Colony hired 4soft as an end-to-end software development partner.

While Colony has a great vision for the future, the top priority for our collaboration was the project’s successful launch. To deliver it, we had to ensure satisfactory time-to-market while creating flexible, future-proof solutions for Colony.

We began our collaboration with workshops to better set the client’s expectations and understand their needs. We got in front of a whiteboard and went through the idea to propose the most optimal solution from the business and technical perspectives.

After developing the platform’s architecture, it was time for the actual development.

Our tech stack is heavily based on Solidity: the platform runs on the C-Chain Avalanche blockchain based on Ethereum Virtual Machine (EVM). For testing and deployment purposes, we use Node.js and TypeScript. The platform’s frontend was developed using Node.js, TypeScript, and React.

The priority features before the launch were vesting, staking, and airdrop distribution.

When developing Airodrops and Staking, we were inspired by Synthetix. The tokens were distributed in time proportionally to the amount of stake, which changes over time. There is also a compound, as the CLY token can also be airdropped on Stackers. Our team was tasked with making many other features possible – for example, the authorization of 50 tokens for 20 days to retain access to the platform.

Naturally, setbacks happen when you’re developing such an innovative application. One of them occurred with the introduction of periodic Airdrops for a large volume of addresses. A standard implementation of smart contracts would generate massive costs considering this data volume. We solved the issue with a Merkle tree, cutting the potential costs by tens of thousands of dollars.

Thanks to the broad experience of our experts in both the business and technical aspects of DeFi development, the 4soft team managed to keep up with all deadlines, and Colony launched the platform as expected. This turned out to be a full success and the highest raise on the Avalanche Ecosystem up to date. In total, Colony collected $21 million for further development.

Although launched just in December 2021, the platform already delivers on its promise. Colony has already started capital deployment and supported fifteen projects with $2mln funding. 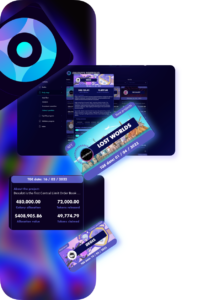 Currently, the 4soft team is working on an automated on-chain investment process that will be available to both the DeFi project creators and investors. Colony is also looking to become a decentralized autonomous organization by Q4 2022.

Aside from the Product Owner and UX/UI designer who work on the client’s side, 4soft provides Colony with the entire IT team responsible for app development. To address Colony’s ambitious goals, we plan to extend our collaboration in the coming months.

The collaboration with 4soft enabled us to successfully launch a DeFi platform in just three months.. The initial workshops helped us avoid some potentially costly mistakes. Their specialists are reliable, and their top management oversees the partnership. Overall, the entire Colony team was pleased to work with 4soft hand in hand. 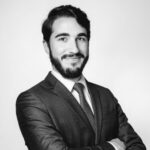 Relations between blockchain technology and GDPR regulations are intertwined and unobvious. As a hot new technology, it doubles the fear connected with the new regulations. Failing to comply with the GDPR can lead you to a fine of up to €20 million.