There are schisms in blockchain projects, when the developers’ community splits in two, along with the blockchain itself. How does it work, and what does it mean to you?

In the software development process, a fork happens every time someone starts to work on a separate copy of code and changes it into an independent piece of software. It simply another version of the copied application – they fork into two branches and go their own ways.

The blockchain code works in the same way. A separate code brings to life a separate ledger.

It usually happens, when the developers decide to upgrade the code and introduce changes in the blockchain – and can go two ways:

The first case is often accidental – an update causes incompatibilities between the new and old software copies, and users with different versions create two branches. It forces the developers to repair the broken code, fix the incompatibilities and merge two ledgers. The result is one blockchain ledger, and this process is called a soft fork.

However, that’s not always the case. Sometimes part of the users refuse to introduce the updates due to various reasons, and end up with staying on the old version, or develop it into another direction.

That’s when we have a hard fork – a permanent separation between the two splinter versions.

Are blockchain forks bad for you?

It depends. Forks are a part of the development and progress, but hard forks create serious price fluctuations on the market, and often result in panic.

You can lose some transactions based on a certain type of blockchain, and if your business relies on it, you have to quickly adapt to the changes. 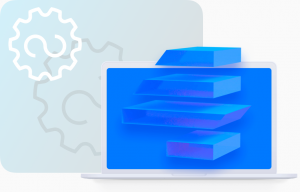